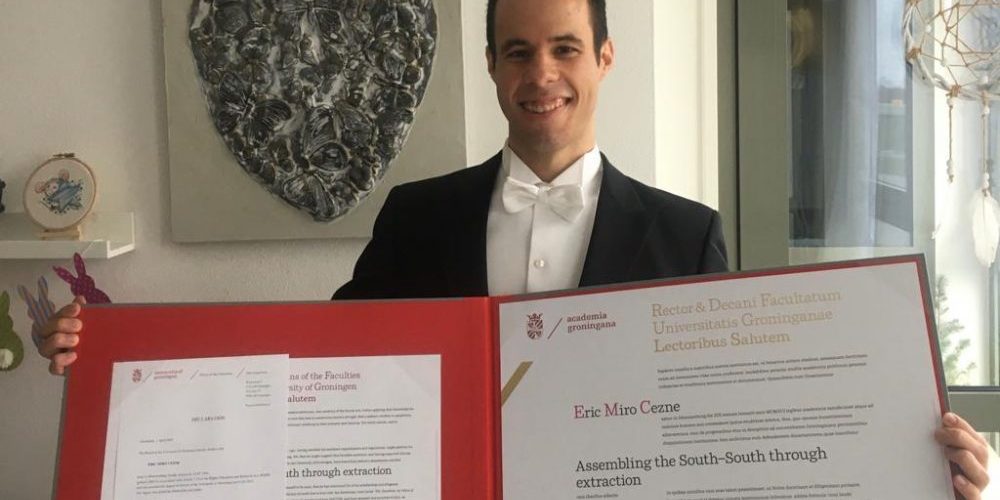 We are excited to announce that on 1 April 2021, INFRAGLOB project member, Eric Cezne, has successfully defended his PhD dissertation ‘Assembling the South-South through Extraction: Mozambique and Brazil’s Mining Giant Vale S.A. amidst Multifaceted Tropical Connections across the South Atlantic’. Eric Cezne’s dissertation is now available online. To download and cite his work:

During the 2000s, a global commodity bonanza favored an unprecedented boost in South-South relations. Particularly across Africa, this led to a renewed sense of possibility and optimism. Propelled by higher natural resource revenues, Africa was rising whilst entertaining a more plural arrangement of external relations with a range of emerging market economies. Under a common South-South framework, this rapprochement emphasized Global South credentials, a common history of oppression, a qualitative difference away from Western patterns of relations, and the existence, therefore, of shared interests in the present time. Against this backdrop, this thesis rethinks the forging and signification of South–South relations in light of capitalism’s expansion to extractive frontiers. It does so by approaching the advent and engagement of Brazil’s mining multinational Vale S.A. in Mozambique. Driven by coal extraction, this is to date Brazil’s major business project in Africa and Mozambique’s largest foreign investment in operation. This thesis thus centrally asks: How is the South–South assembled through Vale’s extractivism in Mozambique?

Building on an assemblage conceptual vocabulary, this thesis accounts for the constructedness, heterogeneity, and contingency of what it proposes to interpret as the “South–South”: a transnational web – including humans, things, and ideas – that is situated in and functions across the Global South. This thesis looks at how the South–South is articulated, mobilized, and performed, and thus becomes assembled, within a dynamic of natural resource extraction. The South–South is discharged from a priori expectations such as cooperation, partnership, solidarity, or exploitation, among other forms. Rather, this question is left open to research. Far from certain and predictable, this thesis argues that the South–South acquires several, overlapping facets and is sensible to life experiences, socio-material contexts, and mutable ideas.